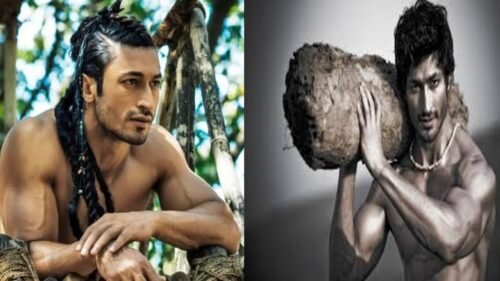 The first movie of the hero films production house will direct By Sankalp Reddy. That is given information about this, Vidyut Jammwal has given this message to the entire film Industry. If we talk about the director of this film Sankalp Freddy has been award by National Award. IB&1 is an action thriller film where we will see a lot of action scenes by Vidyut. The director of the movie IB71 is working with Vidyut. Everyone knows that the Vidyut movie is full of action and that is why the audience is like him.

After Vidyut Jammwal announced about his production house. He said that Hero Film Production only welcomes talented actors who want to achieve their dream. They work hard for the dream to become an actor and he has a talent. He said that only a talented person will work in Hero Film Production. Vidyut will shoot many creative films from his production house and he will give space only creative and talented people. There will not a game of nepotism here. This information was given by Vidyut Jammwal himself and he is now progressing in this path through IB71.

These days Vidyut Jammwal is in a discussion about many of his upcoming films. That is the present, he has completed the work of his best upcoming film Sanak. Yes, the shooting of his film Sanak has complete. Now he will start the shooting of one of the best movie sequels Khuda Haafiz part 2. After that, big news also comes about his super-duper hit film franchise Commando. Yes, the news is that he will bring a new part of commando. This film is the super hit film of the Vidyut Jammwal. Rate this post The most and big visually upcoming film…