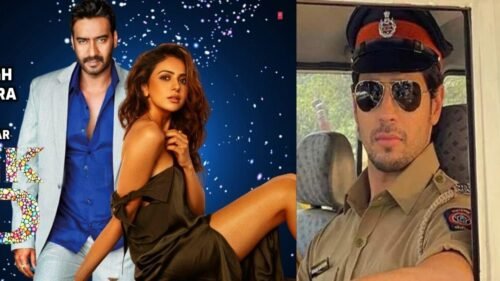 Another special update is related to Bollywood unset warrior, versatile superstar Ajay Devgan. Yes, this is big news about Ajay Devgan Thanks God movie roles. Yes, here we will tell you about the roles of the movie Thank God. Everyone must know this thing Sidharth Malhotra and Ajay Devgan are going to have a great clash on the OTT platform. On another side, Sidharth Malhotra will bring his film Sher Shah on Amazon Prime Video’s OTT platform. And on the other side, Ajay Devgan will bring his film Bhuj The Pride Of India on OTT Platform Disney Plus Hotstar.

On the other side, these two superstars will clash with each other on a different platform. And the side these two superstars are going to be seen together in film Thank God. The working of this film going on very vigorously these days. That is, this information has come about related this film. Read below down about roles and cast.

A tremendous set is installed in Mumbai Mehboob studio to play the character of YamRaaj. From where the news is coming out that the set is installed in this studio, Ajay Devgan will complete the work for 15 to 16 days. In this film, he will see the character of YamRaaj and will be very strong and excellent. Also, a Rakul Preet Singh will be seen in this film, where she will lead the main female role in this movie.

Read more about movies update on www.facefof.com we will provide you all information related about films. Rate this post Heropanti 2 is an upcoming Indian Hindi-language…