Vicky Arora is an Indian Actor who made his feature Debut with the multi starrer Khajoor Pe Atke. He is also known for his role as an Antagonist in NITISHASTRA starring Taapsee Pannu. Besides working in Hindi Films, he has also appeared in international projects like Beecham House directed by Gurinder chadha and Good Sharma directed by Suri Krishnamma. Vicky Arora Biography.

He has been part of theatre productions like IPTA mumbai and GILLO for 3years and went on to appear in over 200 television commercials for major multinational Brands. Vicky Arora is also a trained martial artist and holds a Black Belt in Karate from Asian Martial Arts Federation. Upcoming films ‘OM – The Battle Within’ starring Aditya Roy Kapoor.

Read more about upcoming movies and web series on www.facefof.com 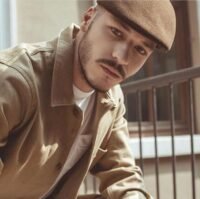