Temuera Derek Morrison MNZM (born 26 December 1960) is a New Zealand actor who first gained recognition for his role as Dr. Hone Ropata on the soap opera Shortland Street. He gained critical acclaim after starring as Jake “The Muss” Heke in the 1994 film Once Were Warriors and its 1999 sequel What Becomes of the Broken Hearted?. Source Wikipedia Temuera Morrison Biography

Morrison was born in the town of Rotorua, in the North Island of New Zealand. He is the son of Hana Morrison (née Stafford), and musician Laurie Morrison. He is of Māori, Scottish, and Irish descent. His sister was performer Taini Morrison and his uncle was musician Sir Howard Morrison. His secondary education took place at Wesley College, Auckland, and Western Heights High School, Rotorua. 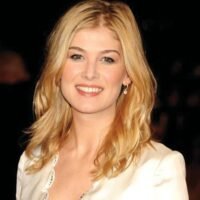