Estefanía Villarreal was born on 11 March 1987 in Monterrey, Nuevo León, Mexico. Actress known for her role as Celina Ferrer on the soap opera Rebelde, which she starred in form 2004 to 2006. She also played Doris in the 2014 film Yo No Creo en Los Hombres. Estefanía Villarreal biography 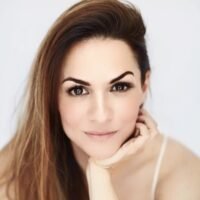 Rate this post Katelyn Epperly was born on March 21,…