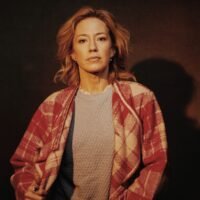 Carrie Alexandra Coon (born January 24, 1981) is an American actress. In television, she is known for her starring roles as grieving mother Nora Durst in the HBO drama series The Leftovers (2014–2017) and as Gloria Burgle in the third season of the FX anthology series Fargo (2017). She won the TCA Award for Individual Achievement in Drama for both performances and was nominated for the Primetime Emmy Award for Outstanding Lead Actress in a Limited Series or Movie for Fargo. She also had a leading role in the second season of the anthology crime drama series The Sinner (2018). Carrie Coon Biography.

Coon was born in Copley, Ohio on January 24, 1981, the daughter of Paula (née Ploenes) and John Coon. She has an older sister, an older brother, and two younger brothers. She graduated from Copley High School in 1999, next attending the University of Mount Union, graduating in 2003 with a B.A. in English and Spanish. In 2006 she earned her M.F.A. in acting from the University of Wisconsin–Madison. Source